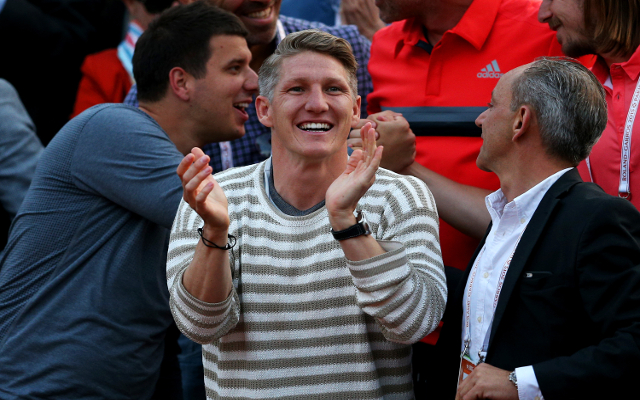 Man United have set their sights on three top quality summer signings according to the BBC.

Louis van Gaal, who has already snapped up Dutch winger Memphis Depay, hopes to lure Bayern Munich star Bastian Schweinsteiger to Old Trafford with the 30 year old having just a year to run on his current Allianz Arena contract.

This situation has left the World Cup winner vulnerable to approaches from prospective suitors and van Gaal knows the midfielder well from his time in charge of the Bundesliga giants.

Van Gaal also wants Real Madrid defender Sergio Ramos amid reports that the 29 year old has fallen out with those running the club, leading to talk of a possible swap deal that would see David De Gea complete his much discussed return to the Spanish capital.

Ramos would offer Man United a huge improvement to the club’s current central defensive options and is also adept at filling in at full-back when necessary.

Man United are also taking a keen interest in Tottenham forward Harry Kane with van Gaal understandably looking to bring in a prolific marksman after the failures of Radamel Falcao and Robin Van Persie last term.

Kane was a revelation last season, scoring 31 goals in all competitions, and one imagines that if Man United make a strong offer for the England international then the north London side would struggle to keep the 21 year old’s head from being turned.

Man United have successfully secured a return to the Champions League and are seemingly keen to spend big this summer as they push to mount a genuine challenge for major honours in 2015/16.