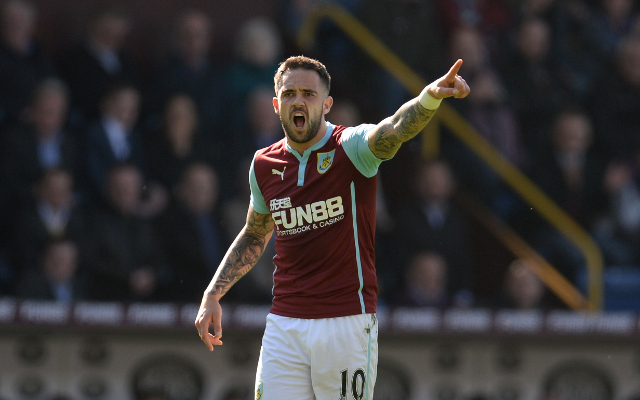 England U21 striker Danny Ings has spoken of his delight at securing a dream move to Liverpool, Mirror Sport reports.

The deal for the 22-year-old was announced at the start of the month and he will officially become a Liverpool player on July 1 after his contract with Burnley expires [via BBC Sport].

Ings joins James Milner, Adam Bogdan and Joe Gomez as new recruits on Merseyside and says he can’t wait to report for pre-season training next month:

“Words can’t describe it. It is a massive achievement for me and my family. It is a challenge that I am really looking forward to,” he said.

“I am here with England U21s at the moment and this is my main focus, but when pre-season comes along I will get my head down and work hard to be the best I can be.”

“I’ve worked my way from the bottom so it is even more special for me,” Ings added.

The striker, who scored a respectable 11 league goals for the Turf Moor outfit last season, is currently away on international duty with the young Three Lions for the U21 European Championship tournament that is being held in the Czech Republic.

He has had to settle for a place on the bench in the opening two games as manager Gareth Southgate has preferred Tottenham striker Harry Kane to lead the line.

Ings has been introduced as a substitute in both and was unlucky not to win a penalty in the 1-0 victory over Sweden on Sunday evening.

With Daniel Sturridge unavailable until October [via Independent Sport], Ings could start the new campaign as first choice striker and will be needed to hit the ground running early on as Liverpool face the likes of Arsenal, Chelsea and both Manchester clubs in their first seven away games of the new season.