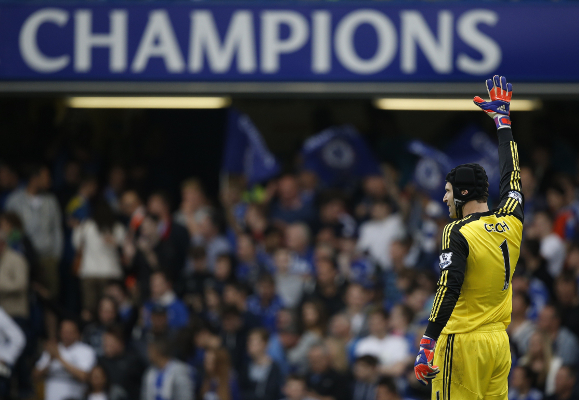 Chelsea star on his way to the Emirates Stadium.

The 33-year-old has been targeted by Arsene Wenger as the man to improve on his current options between the sticks, with neither Wojciech Szczesny nor David Ospina providing a consistent enough presence at the back, and a move to bring the Czech Republic international to Arsenal is now complete according to the Daily Mail.

Cech has made 485 appearances for Chelsea since his move to Stamford Bridge from Rennes back in 2004 but found himself playing second fiddle to Belgian Thibaut Courtois in 2014/15, a situation the experienced custodian clearly didn’t want to repeat.

Wenger has seen his Arsenal side end their long running silverware drought with back to back FA Cup triumphs over the past two seasons but will hope his North London side can mount a genuine push for major honours next term.

A move to bring in Cech will certainly aid in this endeavour, the Chelsea man having won a host of honours during his time in West London, including four Premier League titles and a Champions League triumph.