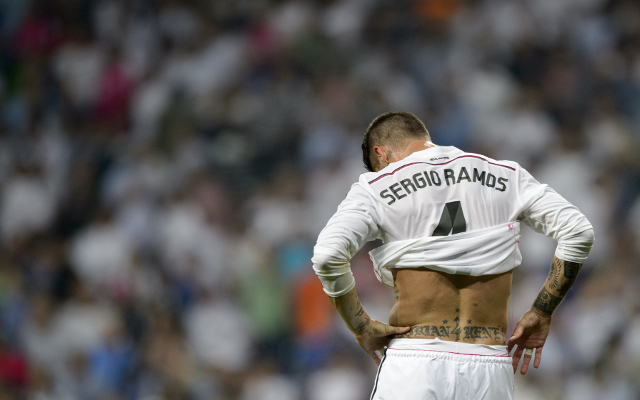 Real Madrid are ready to sell Sergio Ramos to Man United according to the Metro.

The 29 year old Spanish international has seemed to have fallen out with Bernabeu chiefs and is a known Old Trafford target.

The fact that Real Madrid openly court David De Gea has led many to believe a swap deal may be on the cards and such a move may be ideal for Man United boss Louis van Gaal.

Though the Dutch manager wouldn’t want to lose the talented keeper, who has arguably been the club’s most consistent performer over the past two seasons, as De Gea has just a year to run on his current contract they may be powerless to prevent an exit.

Senior central defenders Chris Smalling, Phil Jones and Jonny Evans all failed to impress on a consistent basis in 2014/15, whilst new signing Marcos Rojo is still adapting to life in the Premier League, and a move for Ramos would certainly provide the club with a strong leader at the back.