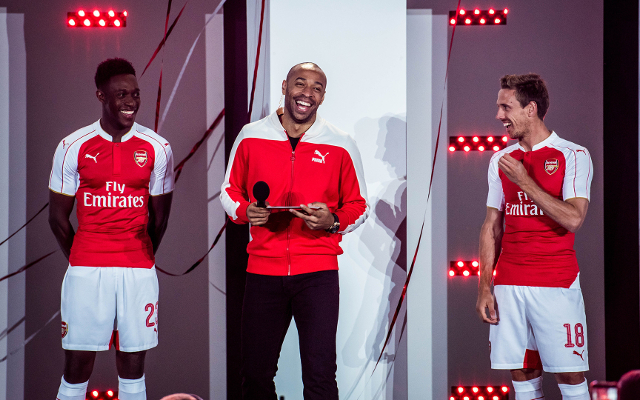 Arsenal legend Thierry Henry has hailed compatriot Paul Pogba as a ‘special player’ and is perplexed at why his career at Manchester United failed – voicing his belief that the player appeared ‘ready’ to feature regularly at Old Trafford before leaving on a free transfer.

Pogba could be the subject of an intense summer transfer battle – with Arsenal, Chelsea, Manchester City, Manchester United, as well La Liga BBVA giants Barcelona and Ligue 1 champions Paris Saint-Germain, all interested in his signature [via the Daily Star].

Henry believes that his recognition as one of Europe’s finest midfielders is deserved, as the 22-year-old has something special that other players his own age simply don’t have.

“He is a special player and that’s why every team wants him,” the Emirates icon told Goal. “Is he going to stay at Juve? I don’t know. But whoever gets him is going to get an amazing player. I was a bit upset for him because he couldn’t perform the way he wanted to perform at the end of the season because he came back from an injury at the wrong time.

“For people to talk about him the way they talk about him right now, it’s because he has something that young players his age don’t have right now,” the Frenchman added. “He was ready to play at the time he left Manchester United. I don’t know what happened there, he was ready for me at that time.

“I saw him play in a World Cup with the France youth team and you could see already that he had something different from the other players. It didn’t work for him at United for various reasons but he showed character, he went to Juve and showed he could play. Now everybody wants him.”

The latest news on the subject of Pogba’s future is that the France international is set to snub a return to the Premier League – as he dreams of wearing the shirt of either Barca or Real Madrid, according to the Daily Star.

If this claim proves true, it’s more likely that the Spanish champions will make a bid than their fierce rivals Los Blancos. At the end of May, Real released a bizarre statement on their official website rubbishing reports that they had made an offer for the Juve star. It’s therefore hard to envisage Pogba making the move to the Santiago Bernabeu in the summer.