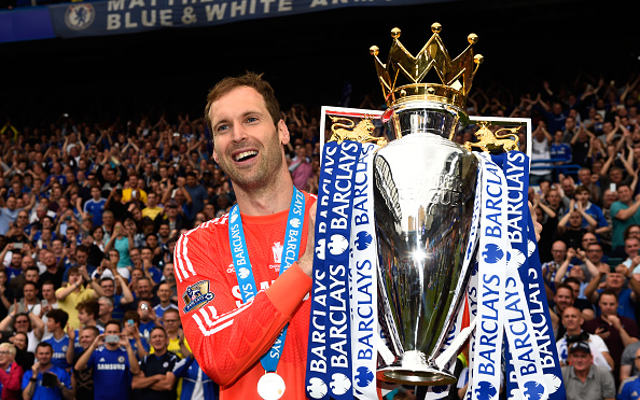 Arsenal icon Bob Wilson has backed Petr Cech to enjoy ‘five or six seasons of greatness’ at the Emirates Stadium as the Chelsea keeper edges closer to a move.

The London duo agreed a fee for Cech on Tuesday evening, and a £10.9 million deal for the Czech Republic is expected to be confirmed imminently [Sky Sports].

Speaking to BBC Radio Five Live [via ESPN], Wilson—who held fort for the Gunners for 11 years between 1963 and 1974—has expressed his confidence that the new coach will be an overwhelming success in North London.

“I think it is an amazing signing. It’s another step towards the title,” the 73-year-old began, “Arsenal are very close to having a squad that almost matches Chelsea, almost matches Manchester City. I think everybody knows Arsenal are minimum two, maybe three, good signings to really challenge Chelsea,” he continued.

The fee may well raise some eyebrows, with the keeper having only started six league games last season, and appearing to come towards the end of his career.

Wilson, however, has little doubt that Cech still has some of his best years ahead of him.

“So, he’s 33 now, he still has five or six seasons of greatness in him and he is going to give Arsenal that assurance at the back that they really need,” he went on.

“I am not saying he’s the best keeper in the world as of this moment, but for him it is a marvellous move,” he concluded.

“You know, people will look at the two who are there—Wojciech Szczesny and David Ospina—and the point really is that if you can improve your team in any way you’d be fools not to do it.”

Wilson won the 1971 First Division title, the 1971 FA Cup and the 1970 Inter-Cities Fairs Cup (today the Europa League), but even his achievements are not a patch on those of Cech, who will be one of the most decorated players every to represent the club.

The keeper is a four-time Premier League champion, and has also lifted the FA Cup on four occasions. He also won the Champions League in 2012 and the Europa League a year afterwards. The stopper also picked up a series of other domestic honours during his 11 years at Stamford Bridge.

As they close in on Cech, Arsene Wenger ought to be delighted at having recruited the experienced stopper ahead of some of his Premier League rivals.

Manchester United had been linked to the former Stade Rennais man as a potential replacement for reportedly Real Madrid-bound David De Gea [Telegraph], but the keeper has indicated that he would rather not move his family from London [Telegraph].

Tottenham Hotspur had been mooted as another potential destination, but the Czech keeper was reportedly unimpressed with ambition displayed by Arsenal’s fierce rivals [Express].