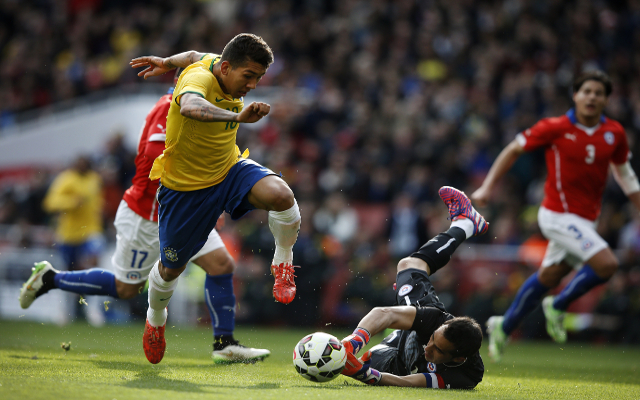 According to Sky Sports, Liverpool have agreed a fee to sign Hoffenheim attacking midfielder Roberto Firmino.

The source reported on their official Twitter feed that the two clubs have settled on a fee for the forward, with confirmation of the deal expected imminently.

Earlier on Tuesday, Brazilian source Globoesporte reported that the club were close to agreeing terms with the player himself, having offered the talented offensive star a five-year deal.

The Metro anticipated earlier in the week that a fee of €25 million (£18 million) had been discussed between the two sides, although the exact outlay has not yet been disclosed.

Firmino has featured for Hoffenheim for four and a half years, having originally moved to the club in 2011.

He has demonstrated his class in the Bundesliga during several fine campaigns, twice finishing in the top three for league assists.

Another quality which may appeal to Brendan Rodgers is the player’s goalscoring skills—he found the net 23 times during the last two seasons.

Firmino may be an able midfield partner for James Milner, who arrived on a free transfer from Manchester City, while fellow out-of-contract recruit Danny Ings may also fancy his chances of securing a spot in the starting XI.

Adam Bogdan, formerly of Bolton Wanderers, is more likely to have been recruited as a backup keeper, while Joe Gomez—a signing from Charlton Athletic—looks to be one for the future.

Liverpool fans ought to be very excited about their new recruit, not least because the Reds have beaten off reported interest from fierce rivals Manchester United to snare their man [Mirror].

The international—who is currently on Copa America duty with Brazil—is an excellent dribbler and possesses a superb poise when in possession.