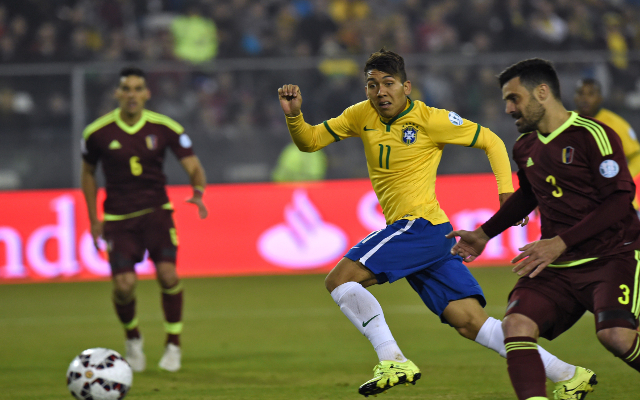 Anfield side set to welcome in Hoffenheim attacker.

Liverpool are close to agreeing terms on a five-year contract with Roberto Firmino, the Hoffenheim midfielder, according to Brazilian source Globoesporte.

Liverpool FC news.
Liverpool to sell six in major clearout from Brendan Rodgers; three others also available at right price
Where will they go? Roberto Firmino and five players linked to both Liverpool and Man United this summer (Video)

Metro confirms a deal to sign the 23-year-old Brazilian international is close with a fee of €25m (£18m) discussed (Via Globoesporte).

Firmino moved to join Bundesliga side Hoffenheim back in 2011 and has been in superb form over the course of the past two years. The cultured playmaker has finished in the top three assist-makers in the German top tier in the last two seasons and has bagged 23 goals in the course of those campaigns.

Though Liverpool have already completed the signing of four new players this summer it would be fair to say that the level of spending conducted by boss Brendan Rodgers is far below that which the Northern Irishman enjoyed a year ago.

Of the four players already brought in, three were free agents (James Milner, Adam Bogdan and Danny Ings), whilst the other came in the form of young Charlton Athletic defender Joe Gomez.

Therefore the potential capture of Firmino would represent the Merseyside club’s first big-name addition and one that would surely please fans of the club who saw Liverpool suffer a real downturn in fortunes in 2014/15.

Having completed the previous campaign with a runners-up spot and qualification for the Champions League many Liverpool supporters would have hoped the club would build on those successes in 2014/15, but that wasn’t to be.

Liverpool finished outside the top four and a number of their high profile signings simply failed to deliver, Mario Balotelli and Dejan Lovren perhaps being the biggest offenders in that regard.

The presence of national team colleagues Philippe Coutinho and Lucas Leiva may act as a further incentive for Firmino to join Liverpool in the coming weeks.