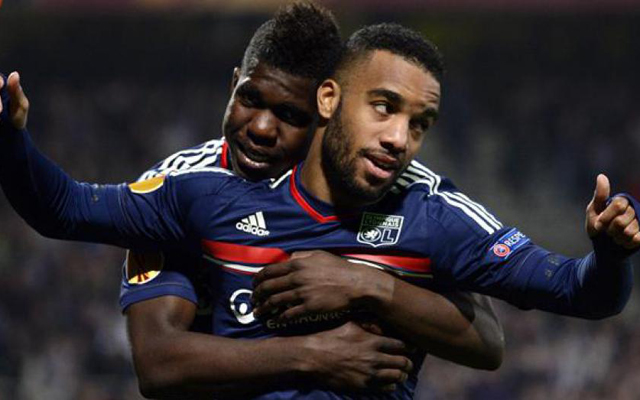 The French pair were both in brilliant form for Lyon last season as they came second in the league behind eventual champions Paris Saint-Germain.

Lacazette in particular won many plaudits for his efforts as he finished the season as Ligue 1’s top goalscorer after finding the back of the net 27 times in just 33 appearances.

It is that type of form which has seen the striker linked with a move to a host of European clubs this summer and the Premier League champions are one of those interested, however, the French club insist they have no plans to let go of the 24-year-old.

With Didier Drogba set to depart the club on a free transfer at the end of this month and the future of Loic Remy up in the air as he has been linked with a exit this summer, it appears that Jose Mourinho is keen to bolster his attacking options ahead of the new season.

A season-long deal for Radamel Falcao is thought to be nearing completion according to BBC Sport, but the Blues manager is likely to replace Remy if he was to leave Stamford Bridge.

The former QPR striker only signed for the West London outfit last summer but failed to nail down a regular starting spot in his debut season as he failed to oust Diego Costa from the starting XI.

Remy has been linked with a move to London rivals West Ham United and Crystal Palace in recent weeks in a bid for regular first team football next season [via Mirror Sport].

Meanwhile Mourinho’s search for another centre-back will have to continue after Lyon have made it clear they will not be selling Umtiti this summer.

With Blues captain John Terry turning 35 at the end of this year, it is clear that a replacement for him will be needed sooner rather than later.