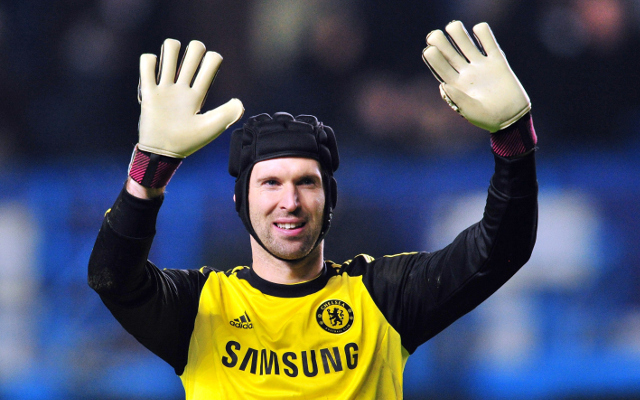 Petr Cech’s transfer from Chelsea to their London rivals Arsenal could finally be confirmed by both clubs next week when the stopper is scheduled to have his medical.

Sky Sports state that the Czech Republic international has agreed personal terms in principal with the Gunners, while the Blues have accepted a £10.9m fee for his signature.

The move, however, is yet to be finalised until the keeper undergoes his medical, which is set to take place either at the start or middle of next week, Sky Sports claim.

The deal is expected to therefore be close to completion, and in securing his signature early in the transfer window, Arsene Wenger could hand Cech his Arsenal debut against none other than Chelsea.

The FA Cup winners are set to take on the Premier League champions in the Community Shield on August 2nd.

Despite one-year remaining on his Stamford Bridge contract, having spent a season playing second-fiddle to Jose Mourinho’s new first-choice keeper Thibaut Courtois, Cech understandably doesn’t appear prepared for a repeat of warming the substitutes bench in the 2015-16 campaign.

Similar to Frank Lampard’s move to Manchester City, Blues supporters will no doubt be disheartened that another club legend has moved on to a rival, but few can doubt that the 33-year-old deserves a No.1 position.

Paris Saint-Germain [via the Mirror] were also credited with interest; however, Cech’s desire was to remain in the English capital – where his family have been settled since he was signed by the west London outfit in a £7m deal from Rennes in 2004 [via the Telegraph].