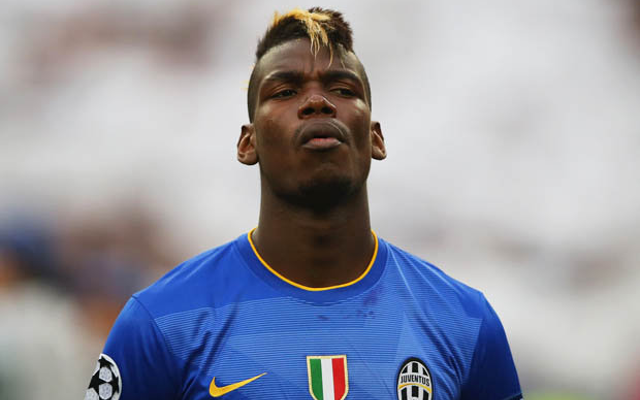 Arsenal, Chelsea and Manchester City could be priced out of a summer move for Juventus’ Paul Pogba, as the highly sought-after midfielder has revealed his considerable wage demands.

Gianluca Di Marzio claims that the Premier League champions have contacted the Frenchman’s entourage over a summer move to Stamford Bridge; however, his financial requests could be a significant stumbling block in the negotiations.

According to the report, Pogba is demanding a €10 million net contract – after tax – and wants 20% of any possible future resale to go to his agent Mino Raiola, as well as his former representative Oualid Tanazefti.

Manchester City have been heavily linked with a move for the France international but, as reported in the Manchester Evening News, the Citizens must offload a number of foreign players before making any overseas additions this summer. Manuel Pellegrini currently has the maximum of 17 non home-grown players in his senior squad.

Barcelona and Paris Saint-German have also been credited with interest, but Jose Mourinho may be leading the chase for the 22-year-old’s signature having contacted his representatives [via the Daily Star].

Whether the Portuguese manager is willing to meet his wage demands, however, is to be seen.

Mourinho fielded a similar XI throughout the Blues’ title-winning campaign, and his midfield was particularly an area that the former Real Madrid manager preferred to leave unchanged.

Nemanja Matic and Cesc Fabregas were regulars in the central midfield roles last season, while Eden Hazard and Willian were consistent in wide areas with Diego Costa the first-choice striker.

However, with Oscar and Ramires struggling for form and fitness last season, the the former Real Madrid boss could be searching for a midfielder to complete a 4-3-3 formation. His need for reinforcements could be increased by the news that John Obi Mikel looks set for the exit door, with the Nigeria international linked heavily with a move to Al Ain of the United Arab Emirates [Telegraph].

Pogba could be the man for the job.