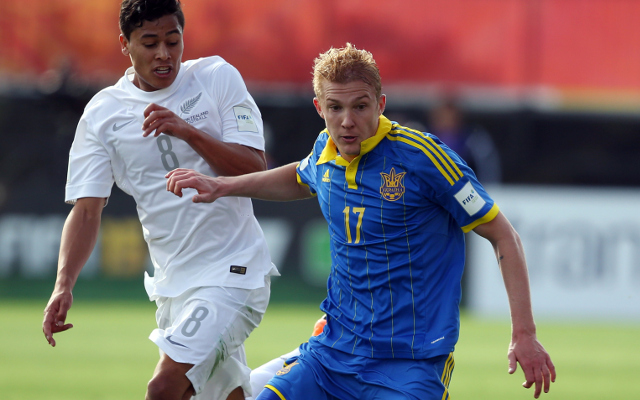 The 19-year-old has seen contract talks with the Ukrainian club stall recently, and the linked sides could attempt to take advantage of the situation. The youngster’s current deal runs until 2017, but it is possible that Shakhtar will look to sell now before his value deteriorates.

The teenager is a midfield playmaker, who made his senior debut at the back end of last season. In his second game he managed two assists, but hasn’t truly been able to kick on since. The central midfielder is an accomplished player at Under 20 level as well, having scored five goals in the recent World Cup to help Ukraine to the round of 16 before they were knocked out by Senegal.

This seems to have been enough to entice some of Europe’s biggest clubs. However, if any of the quartet do manage to sign Kovalenko it is unlikely he will go immediately into their starting XIs. He would be much more likely to move as a youth prospect who could make an impact in the future.

Perhaps the best chance the midfielder has of getting some first-team action would be at Anfield. Philippe Coutinho joined the Reds as a 20-year-old and played from the off, but unlike Kovalenko did have experience with Inter Milan before the move.