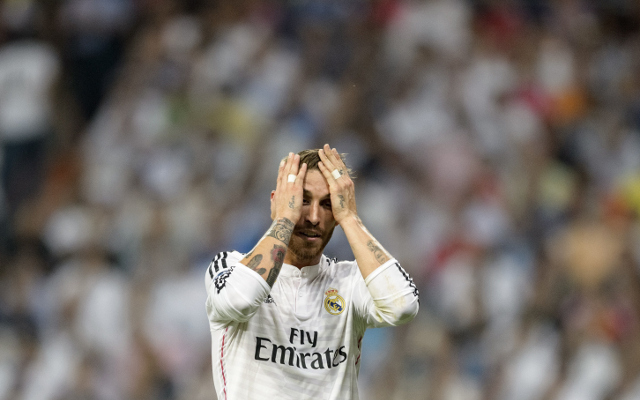 Manchester United legend Gary Neville has taken to Twitter to plea with the club not to sign Real Madrid star Sergio Ramos, with the World Cup-winning defender having been heavily linked with a move to Old Trafford.

The Daily Star has reported that the Red Devils want to bring the centre-back to the club, possibly as part of the deal to take goalkeeper David De Gea to the Bernabeu.

The Spain international has been heavily linked with a move to Madrid this summer, and a transfer appears to be increasingly likely.

However, Neville thinks that that the deal would come at too great a cost for United, with £40 million-plus-De Gea appearing to him to be extortionate.

It is unknown whether the Sky Sports pundit would be happier with the deal if it was a straight swap. That is what United chief executive Ed Woodward wants according to the Star article.

As it is the former right-back doesn’t seem happy.

These reports saying 40m plus DDG for Ramos?? Please no! Nothing v Ramos but it can’t be right..

Spanish publication AS has reported that the centre-back has met with his agent (who is also his brother) and his lawyer recently to talk about a possible move away from La Liga giants, with the 29-year-old reportedly unhappy with Real’s reaction to his demand for a new contract [Independent].

The defender has also dropped some major hints that he is keen on a move to Manchester.

The Express reported that the defender’s representatives held a ‘secret meeting’ with United’s officials two months ago, while he is also believed to have confirmed to Real that he is keen to leave the club [Express].

Similarly, the Daily Mail understand that Ramos’s father is a United fan, and the former Sevilla man has further added fuel to the transfer rumours by admitting that he is taking English language lessons [Mirror].

Neville doesn’t seem to think the player is good enough for the Red Devils-at least not at that price-but with 128 Spain caps and 445 Blancos appearances during a 13-year career, he certainly has some pedigree.

With van Gaal looking to impress in both the Champions League and the Premier League, Ramos’s experience would make him a great addition to the squad.