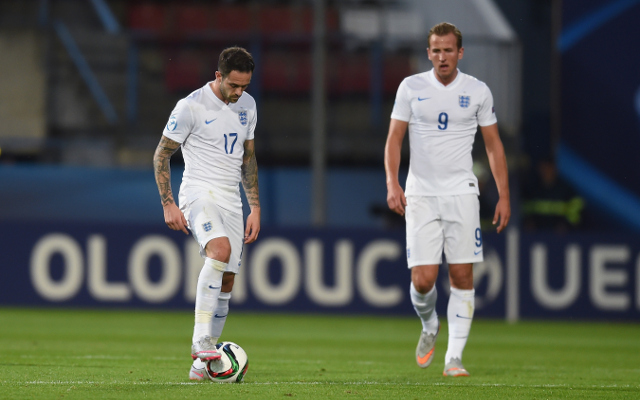 England Under-21’s crashed out of the European Championships on Wednesday night after losing their final group game 3-1 to Italy.

With a number of high profile Premier League players, including Tottenham Hotspur striker Harry Kane and new Liverpool signing Danny Ings, England fans are more than just in their disappointment at the Three Lions’ early exit from the tournament.

It took just 25 minutes for Italy to break the deadlock. An excellent run behind the England defence from Andrea Belotti saw the Palermo striker stretch a leg to volley home the opening goal.

Only two minutes later, the Italian youngsters were on the scoresheet again. Belotti broke through the midfield with ease, passing to Marco Benassi, who was afforded too much time and space in the box, and his shot deflected off Ben Gibson and past a hapless Jack Butland.

There seemed no way back for Southgate’s side, as Marco Benassi grabbed his second goal to make it 3-0 after 72 minutes – the forward rose well, but questions must be asked of the shambolic England defending.

England did get on the scoresheet late on; however, it was simply too little, too late.

In the 93rd minute Chelsea’s Ruben Loftus-Cheek passed the ball to Norwich City’s Nathan Redmond on the edge of the box who unleashed an unstoppable strike.

Despite the excellent finish, it has only left supporters wondering why they couldn’t have produced such a moment of magic when it really mattered.