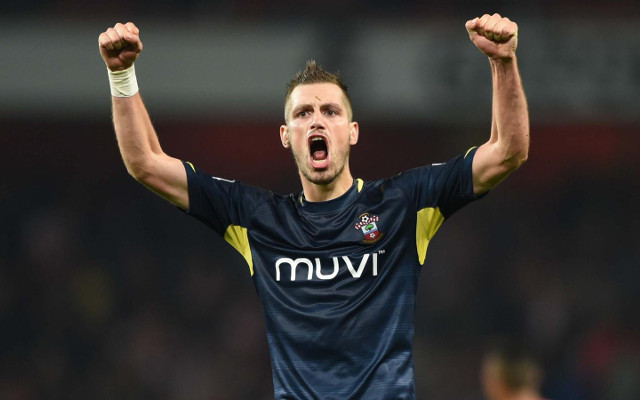 Michael Bowers, of Betfair, has noted that Arsenal are overwhelming favourites to sign the French international.

“Arsenal are now odds-on favourite to sign the in-demand Frenchman before September 2nd 2015. Schneiderlin has been a wanted man for several transfer windows now and it seems as though Wenger is trying to force a deal through early to fend off other suitors,” Bowers began, as reported by the Independent.

“After a huge rush of bets today, Arsenal have been cut from 5/1 to 1/2, the shortest odds any other club has been backed in to by far.”

The former Racing Club de Strasbourg Alsace man has long been tipped for a move away from St. Mary’s Stadium, with all three Premier League giants being keen admirers of the midfielder [Daily Mail].

Last summer, he looked set for a departure, with Arsenal believed to be close to the midfielder’s signature [The Guardian].

However, having already seen the likes of Dejan Lovren, Adam Lallana, Rickie Lambert and Luke Shaw, Schneiderlin was refused the chance to pursue glory at the Emirates Stadium [Express].

This summer, however, the Saints look set to allow Schneiderlin to talk to other clubs, with reports indicating that the player will be allowed to seek his dream move [Independent].

The Telegraph have also reported that United were planning a £24 million bid for the player, but Louis van Gaal’s side look set to miss out on the EPL star.

Schneiderlin is keen on testing himself in the Champions League [Mirror], which would make Spurs—who missed out on Europe’s elite competition following a fifth-placed finish in the EPL—firm outsiders for the player, despite the presence of Mauricio Pochettino, who managed the Obernai-born international during his time on the south coast.