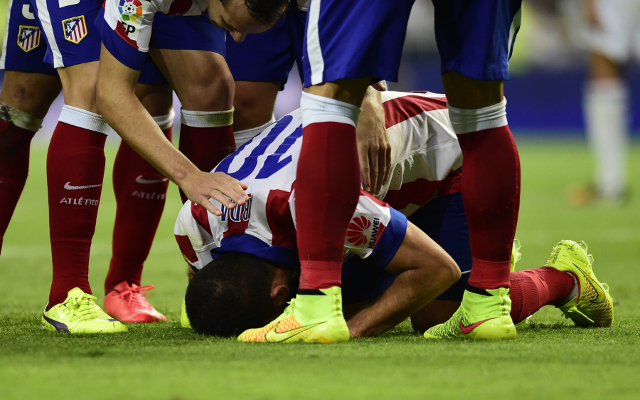 Blues invited to make their move.

Chelsea have been offered the chance to sign Atletico Madrid attacking midfielder Arda Turan in this summer’s transfer window, with Filipe Luis moving in the other direction, according to The Sun.

The Turkish international seemingly wants out of the Vicente Calderon next season, with his agent Ahmet Bulut quoted in The Sun as saying that he wants to leave Spain and is tempted by the chance to try his luck in the Premier League.

Turan has been a key player for Atletico in recent times, helping them to the La Liga title and a run to the Champions League final back in 2013/14, and continuing his fine form last season with three goals and six assists in all competitions.

Known for being a hard worker and battler as well as a skillful attacker, Turan could fit in well in this Chelsea side, with Jose Mourinho perhaps on the lookout for new options out wide after some unconvincing form from January signing Juan Cuadrado since his arrival.

Still, it is as yet unclear if this is a move Chelsea are wishing to pursue, or if Atletico themselves are simply trying to use the former Galatasaray man as bait in a deal to land one of their top targets, Blues left-back Filipe Luis.

The Sun explains that the Spanish giants want Luis back just one year after letting him join Chelsea, but that they might not be able to afford the 29-year-old unless they offer one of their players in return, and it seems they have opted to use Turan in the deal due to his current situation with the club.

The London Evening Standard reports that Chelsea are looking at Augsburg youngster Baba Rahman as an option to replace Luis at left-back, so it could be that the Brazilian will be allowed to move back to Spain this summer, but it is not yet clear if any deal will end up involving Turan, whom The Sun claim is also wanted by Paris Saint-Germain as an alternative to Manchester United star Angel Di Maria.