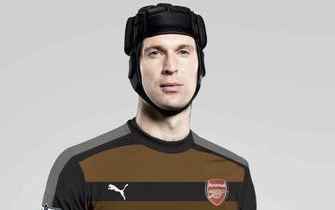 Against Jose Mourinho’s wishes, the Czech Republic legend agreed a deal to move across London this week, and, medical-pending, he will be a Gunner by next week.

Speaking to Sky Sports, Wilkins—who played for Chelsea between 1973 and 1979—has expressed his surprise that the Pensioners are letting Cech leave for one of their Premier League title rivals.

“I’m extremely surprised and I thought Chelsea might have offloaded him into Europe somewhere,” Wilkins began.

“He’s been a fantastic servant for the club and the service he’s given the club has been unbelievable.

“I think [Cheslea have] done him a favour. Whether they’ve done themselves a favour is another question because with Petr going to Arsenal it reinforces their ability to be contenders for the Premier League title.

“I’m slightly surprised Chelsea have allowed him to go to another Premier League club.”

Despite 33-year-old Cech’s recent injury concerns, and his inactivity last season due to the emergence of Thibaut Courtois, Wilkins—who joined Tim Sherwood’s Aston Villa coaching staff on Thursday [The Guardian]—is confident that the stopper will prove to be a world-class asset for the North-London heavyweights.

“He’s a magnificent character – as a bloke he’s first class and we know he’s a magnificent goalkeeper. Since the unfortunate injury he got he’s maybe dropped five per cent but he’s still world class.

“I think Petr will give a great deal to Arsenal and it’s Chelsea’s loss. I’m pleased we’ll get to see him in the Premier League week in, week out now.”

Finally, Wilkins—who accrued 84 caps for England, and was sent off at the 1986 World Cup, also believes that Arsenal have signed Cech for an excellent price, reportedly £10.9 million according to Sky Sports.

“It is absolutely a bargain,” Wilkins concluded.

“Bearing in mind he never played last year, so in football terms he’s 32, not 33. He’s got eight years left at the top level.

“The final thing with goalkeepers is ‘are you still prepared to get hurt?’ The day you aren’t prepared to be hurt is the day you retire.”

Sky Sports have reported that the keeper has already agreed personal terms with Arsenal, while a medical is set to be conducted next week [Independent].

Cech will move to the Emirates Stadium as one of the most decorated players ever to arrival at the club.

The veteran stopper won four Premier League titles and four FA Cups during his 11 years with the Blues, while he also lifted the Champions League in 2012 and the Europa League a year later.

His arrival looks set to bring the curtain down on David Ospina’s time at the club. The Colombian stopper signed a year ago, but after 18 Premier League appearances, he looks set for Fenerbahce, having admitted that his agent is speaking to the Turkish champions [TalkSPORT].