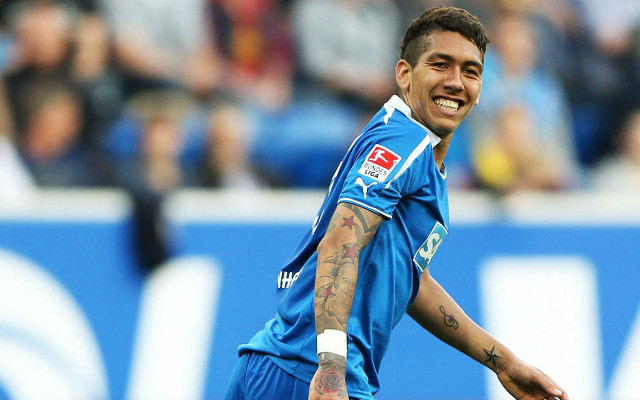 Brazilian playmaker Roberto Firmino put pen-to-paper on a five-year contract with Liverpool on Wednesday – in a blockbuster £29m deal from German outfit Hoffenheim.

His move is still subject to a medical, which is set to take place once the player returns from international duty at the Copa America in Chile.

The 23-year-old became the Reds’ second most expensive signing of all time – after £35m Andy Carroll – and Brendan Rodgers certainly looks to have excited the Anfield faithful in sealing the signature of the Bundesliga’s most creative player over the past two seasons.

Given his sublime performances with Hoffenheim, their decision to sell early in the window could be questioned. However, club sporting director Alexander Rosen has revealed that the attacking midfielder’s departure was agreed purely for financial reasons, as they aim to build a long-term project at the Wirsol Rhein-Neckar-Arena using the £29m acquired from the transfer.

Firmino joined Hoffenheim in a £3m deal from Brazilian side Figueirense in 2011 – and Liverpool’s hugely profitable offer therefore proved impossible to reject.

“TSG Hoffenheim needs to make such transfers to ensure the profitability of the club,” he told German publication Kicker, as quoted by the Daily Star. “He is a big loss for our team, but we are convinced that we will have an exciting squad without Roberto.

“The money will not change our transfer plans. We planned our squad long-term and independently of the Firmino transfer.

We want players that can take the next step in their careers here and which we can lift onto the next level.”