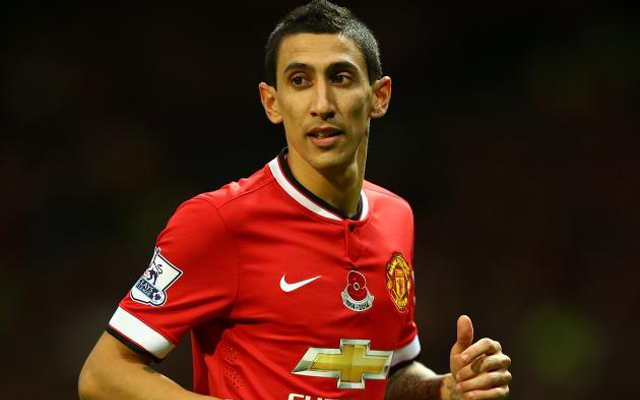 The Sun has linked the quartet of Europe’s biggest clubs to the winger after his terrible first season at Old Trafford. After scoring three goals and creating four more for his teammates in his first six games, the 27-year-old’s form dramatically dropped so that he only managed one goal and six assists in the next 26 matches. Despite this, the Red Devils still want to keep him.

“The situation with Angel is quite simple,” a United source told the Star.

“He isn’t for sale and it doesn’t matter who might be interested in him. He only joined us 12 months ago and still has a big role to play in the future of the team. Obviously if he thinks otherwise then the situation could change.”

They may not have to worry about interest from the Nou Camp any longer though, after it was revealed by the Daily Express that Real Madrid inserted a clause in his sale that means their Catalan rivals can’t buy him. Barca legend Lionel Messi must not have known this when he pleaded with his club to sign his Argentina teammate, as The Sun reported he did.

The player himself also doesn’t seem interested in leaving the Premier League giants and wants to stick it out in England. However, it does seem that he is unhappy at his current situation, which could be something the remaining clubs in the transfer race could take advantage of.

“For me, and my family. Because not everything goes as I want, because I don’t play. Because I came with an intention and end up on the bench. It’s hard to tell how I feel there. I started well, with goals and assists. I was having a good time, until I was out. It’s a little hard to explain why I do not play.

“No [I won’t leave], because I’m not thinking like that,” he added. “In Madrid there were times when I was whistled around the stadium but faced it and then it turned around. I like to deal with things.”

Despite a below-par first season in England, it is no surprise to see that Di Maria seems set to prolong his stay with United, who would surely not lose patience with such a proven player so quickly after signing him. Indeed, it could be argued that the season was not even the failure it is now being painted as, with four goals and ten assists a decent return from midfield, with Di Maria often playing in a number of different roles and still adapting to new team-mates and a new manager.