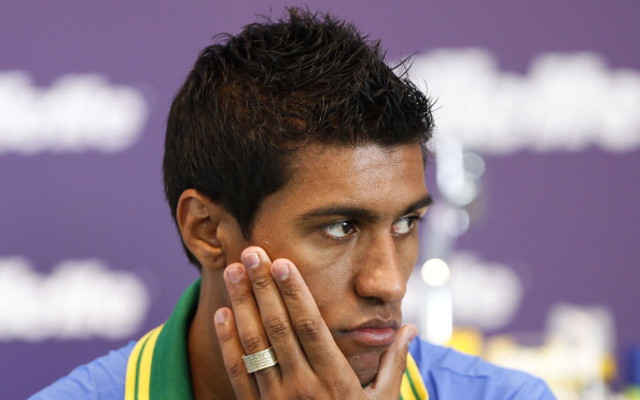 Tottenham Hotspur’s Paulinho may be set to end his Premier League stay, with Chinese giants Guangzhou Evergrande reported to have opened talks for midfielder, according to Sky Sports.

The midfielder moved to White Hart Lane in 2013, leaving Corinthians in a £17 million deal.

The Brazil international arrived in North London representing something as a coup for Spurs, with the then-24-year-old reportedly sought after by various European giants [BBC].

He came to the Premier League carrying the nickname the ‘Brazilian Frank Lampard’ but Tottenham fans have rarely seen the true extent of the player’s promise [Sky Sports].

This season, he managed a miserable three starts in the EPL, and while he made a further 12 outings as a substitute, he contributed only one assist throughout the whole domestic campaign.

While this year represents a considerable decline on his first season in England—where he scored six goals and contributed two assists in 30 appearances, his technical prowess, his dynamism and his prodigious energy have only rarely been seen in the top flight.

He now looks set for a departure, with his former national-team manager, Felipe Scolari, understood to be looking to take the international to China.

Paulinho has admitted that he has had several offers to leave White Hart Lane—according to Sky Sports—as he looks to resurrect his career.

With Nabil Bentaleb and Ryan Mason impressing in the middle of the park for Tottenham over the last 12 months, it looks like the Brazil midfielder has no place in Mauricio Pochettino’s plans.