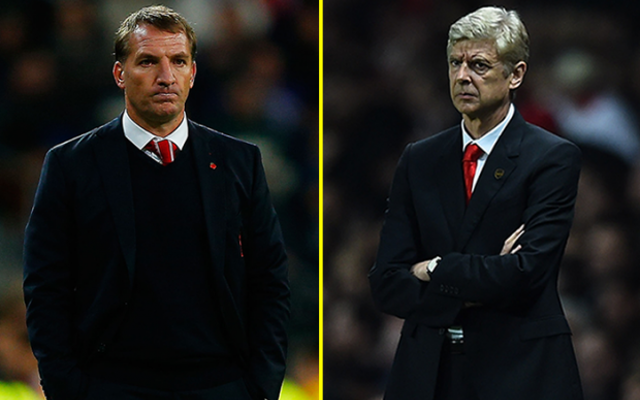 Arsenal and Liverpool are among the clubs mentioned as possible suitors for Napoli striker Gonzalo Higuain this summer, though they will have to pay a whopping £67m to prise him away from the Serie A club.

According to the Guardian, the Italians are not ready to let the Argentine international for anything less than his release clause of £67m, which may put some clubs off bidding for him in this transfer window.

Although Higuain has the reputation for being one of the best centre-forwards in European football, he perhaps looks a little overpriced with that fee, and has occasionally raised questions over his big-game temperament, missing a couple of golden chances for his country in their defeat to Germany in last summer’s World Cup final.

Aside from that, Arsenal and Liverpool may well feel there are other top class strikers out there available for much less this year, with Aston Villa’s Christian Benteke rumoured to have a buy-out clause of £32.5m (also according to the Guardian) and being linked several times with a move to Anfield.

The Gunners, meanwhile, have also been linked with a move for Borussia Dortmund forward Pierre-Emerick Aubameyang for £28.7m (via the Daily Mail) and this report of such a big asking price for Higuain could mean an end in the interest from Premier League clubs.

AC Milan are also mentioned by the Guardian as possible suitors for the former Real Madrid man, who scored 29 times last season and has 53 goals in 102 appearances in total since moving to Naples – a fine record, but not one that particulary sets him apart from many of his peers.