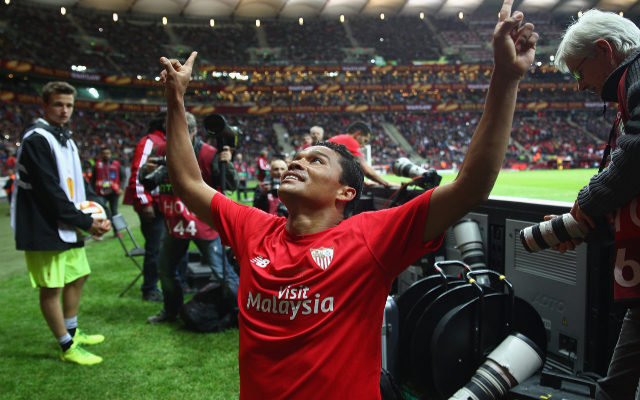 Carlos Bacca
Sevilla sporting director Monchi has admitted that he cannot confirm that Carlos Bacca will be at the club next season [Sky Sports]. The Colombian striker found the net 28 times in all competitions last term, and his fine form has prompted interest from several Premier League giants.

The Red Devils will be looking for new offensive options to lead the line following the failings of Robin van Persie and Radamel Falcao, as well as the ongoing certainty surrounding Javier Hernandez’s future, and could do a lot worse than 28-year-old Bacca.

However, should they move for the South American, they may face competition from the likes of Tottenham Hotspur, Arsenal and AS Roma.