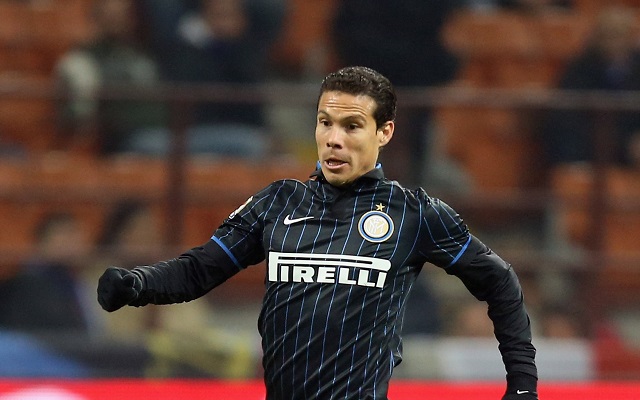 Liverpool are interested in signing Inter Milan star Hernanes after a move for his teammate Mateo Kovacic was ruled out, reports the Daily Express.

The Reds had been hoping to sign his Croatian midfield partner, but with Nerazzurri boss Roberto Mancini keen on using Kovacic alongside new signing Geoffrey Kondogbia in the middle of the park next season they have been knocked back. With the 21-year-old one of the best young talents at the San Siro this is unsurprising. Luckily Hernanes is not a bad player to move on to.

The Brazil international made 50 appearances for Inter in the last campaign, scoring seven goals from midfield. The 30-year-old is especially known for his ability to net from long distance, as well as pick out his teammates with incisive passes. This could make him a good replacement for departing Anfield legend Steven Gerrard, who had similar attributes.

Liverpool boss Brendan Rodgers has already brought in James Milner who can play centrally, but with Gerrard leaving some big shoes to fill it is likely the Northern Irishman will need to do more than that. Hernanes could be the answer, although at 30-years-old is only a short term option.