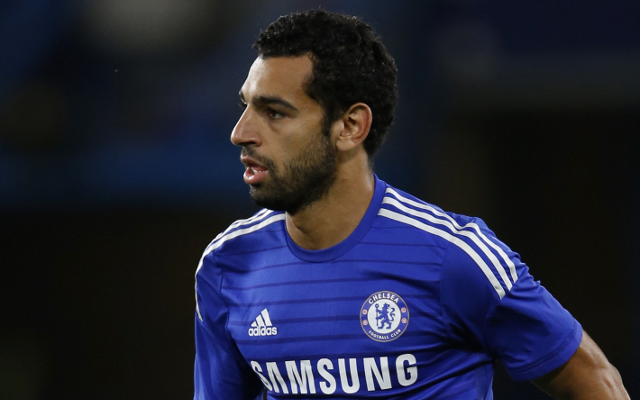 Chelsea star Mohamed Salah is set for a loan move to Fiorentina after they agreed terms on the player’s salary demands, reports talkSPORT.

The 23-year-old was demanding £40,000 a week to match some of the Viola’s highest earners. However, the two sides have now agreed a deal, and the Egypt international is set to move to the Serie A club for a season on loan. This is despite West Ham attempting to bring in the midfielder, according to the Daily Mirror.

The deal will cost the Tuscany giants £1 million, with an option to pay another £12 million to make his stay permanent next summer.

This comes after the winger impressed with the Italian side last season. He scored six goals and created another three for his teammates in 16 games for Fiorentina in the second half of the campaign, doing well enough to encourage them to try to bring him back to the Stadio Artemio Franchi for another campaign.

Moments like this were surely influential in convincing Fiorentina to commit to such an outlay.

Salah looks likely to become another of the young players farmed out by Stamford Bridge, before being sold at a profit having not truly made a mark on the Pensioners’ first team.

Romelu Lukaku and Kevin De Bruyne are two notable examples in recent years. Neither established themselves in the Blues’ starting XI, like Salah, and were moved on to Everton for £28 million [BBC] and Wolfsburg for €20 million [The Guardian] respectively.

It would seem that Chelsea boss Jose Mourinho prefers to rely on more established players in his first-team squad, meaning that figures like Salah-under contract until 2019-need to seek temporary moves away from the club in order to secure regular minutes.