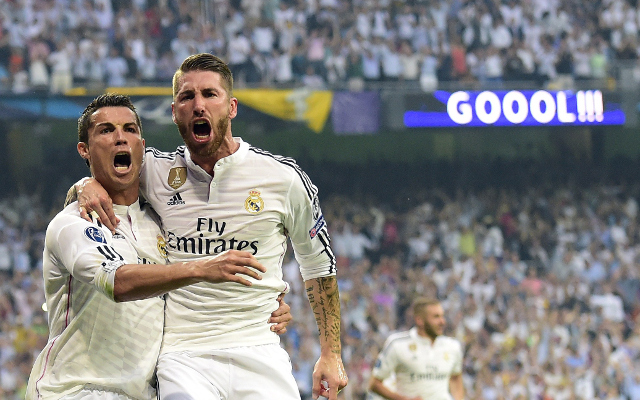 The Red Devils are seen to be serious in their pursuit of the 29-year-old, having already had a £35 million bid for him turned down, according to the Daily Mail.

The Mail also reports that they are planning to make a revised offer to Los Blancos, but this news will surely be a blow to their hopes of signing the Spain international.

Ramos is in the middle of a contract dispute with the Galacticos.

The defender wants  €10 million a year after tax, reported MARCA, which would put him among the biggest earners at the Bernabeu. This desire comes after seeing Mesut Ozil and Angel Di Maria leave for the Premier League and earn higher salaries in England than they were with the Liga BBVA giants.

Spanish publication AS has revealed that United are willing to offer the Spain international €55 million over the next five years, with €12 million in his first season alone. So if money is the problem for the player, the Red Devils would appear to have the answer.

However, the centre-back’s relationship with his current employers may be thawing, according to Armstrong.

“There has been a little bit of improvement in the relationship between Sergio Ramos and Real Madrid,” he said.

“They’ve been at loggerheads but in the past 48 hours there has been a conversation between the president Florentino Perez and Sergio Ramos.

If true, this will be a major blow to United boss Louis van Gaal, who looks in need of reinforcements for his backline as he prepares to compete on four fronts next season.

Chris Smalling, Phil Jones, and Jonny Evans all looked liable to errors last time round, and in the Champions League their mistakes will be punished ruthlessly.