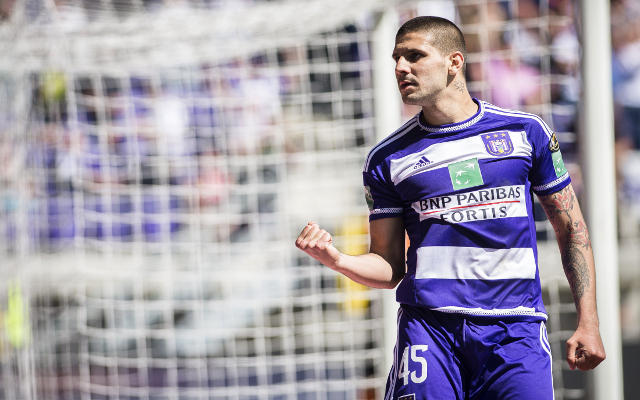 Stamford Bridge side look to bring in fresh striking option.

Chelsea are considering making a move for Anderlecht youngster Aleksandar Mitrovic according to the Daily Mail.

The 20 year old Serbian has proven prolific since moving to Brussels, bagging 44 goals in two seasons in Belgium, and is now seen by Jose Mourinho as a potential back-up attacking option.

Chelsea are set to welcome in Radamel Falcao on a loan deal but Mourinho is keen to bring in another forward with Loic Remy keen to leave the West London side in order to secure regular first team action.

Charlie Austin and Christian Benteke are also on Chelsea’s wish-list but Mitrovic would offer a more youthful option and perhaps is a player more likely to accept an extended period warming the bench.

Diego Costa is Chelsea’s current first choice starter and after an excellent debut season at the club, the Brazilian born Spanish international netting 20 Premier League goals, it’s likely that any forward brought in by Mourinho will have to bide his time in terms of regular action.