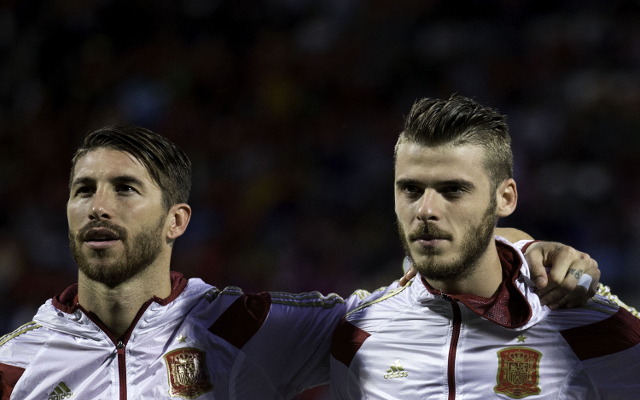 Old Trafford side ready to sell keeper but only for the right price.

Man United will demand £35m for David De Gea as Real Madrid continue to pursue the Spanish international according to the Daily Express.

Real Madrid made an initial offer of £13m for the 24 year old earlier this summer but such a bid was never likely to succeed and was probably meant to signify their genuine interest in the former Atletico Madrid man.

The £35m demand would exceed the current world record fee for a goalkeeper, surpassing the £32.5m Juventus paid for Gianluigi Buffon in 2001, and is probably designed to increase the chances of securing a swap deal that would see Sergio Ramos move in the opposite direction.

Louis van Gaal is keen on the 29 year old Real Madrid defender and sees the Bernabeu side’s interest in De Gea as a useful tool in his push to bring in Ramos.

De Gea has just a year to run on his current Man United contract and as such it’s likely that Man United would have to consider offers this summer or face the likelihood of losing the talented custodian on a free transfer deal at the end of his deal.