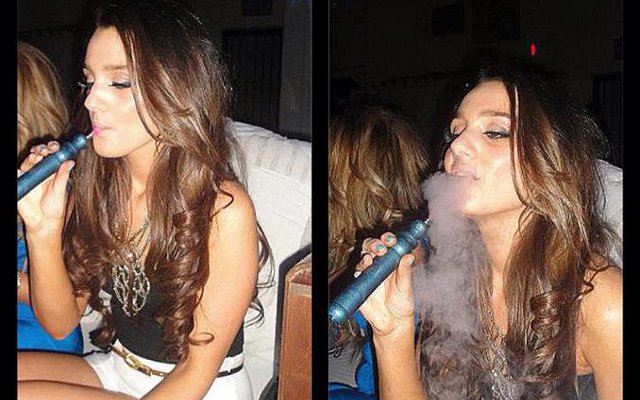 The 23-year-old has got in trouble for being spotted with cigarettes a couple of times in the past, both in 2013 and 2014. Most recently he was in the naughty book for smoking shisha himself earlier this year! Maybe the England international started while trying to show off to Andriani?

The picture is from her Facebook page, and was uploaded back in 2013. It shows her clearly using a shisha pipe. This comes in the same month as the midfielder managed a great performance for the Three Lions against Slovenia, so the new girl may actually be a good influence on him.

Could manager Arsene Wenger be having to talk to his young star about the dangers of smoking again? He’ll certainly hope not in the midst of the Metro linking him to Manchester City.