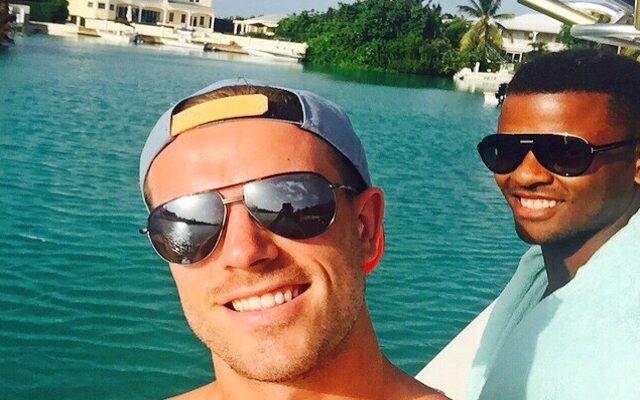 Jordan Henderson saw his Liverpool side endure a miserable 2014/15 season and will hope that the club’s investment in a host of new talents will lead to an upturn in form.

Henderson is currently enjoying his summer break in the company of former Sunderland team-mate Frazier Campbell.