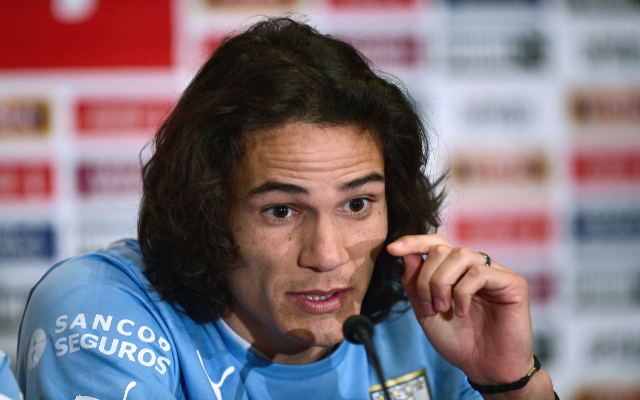 Man United are ready to offer Argentine winger Angel di Maria in a straight swap deal for PSG striker Edinson Cavani according to the Daily Star.

Having brought in Memphis Depay from PSV Eindhoven and with the likes of Juan Mata and Ashley Young both impressing last season, Louis van Gaal may feel he can afford to offload di Maria in the hope of landing Uruguayan forward Cavani.

The former Napoli man is said to be unhappy at Laurent Blanc’s insistence at using him in a wide-attacking role, so as to accommodate Zlatan Ibrahimovic, and a move to Old Trafford may tempt the 28 year old.

Di Maria failed to impress in his debut season at Man United and found himself frozen out of van Gaal’s starting eleven towards the end of the campaign.

Despite being used in a position that doesn’t best suit his capabilities Cavani has bagged a very healthy tally of 56 goals in 96 appearances during his two seasons at the Parc des Princes.