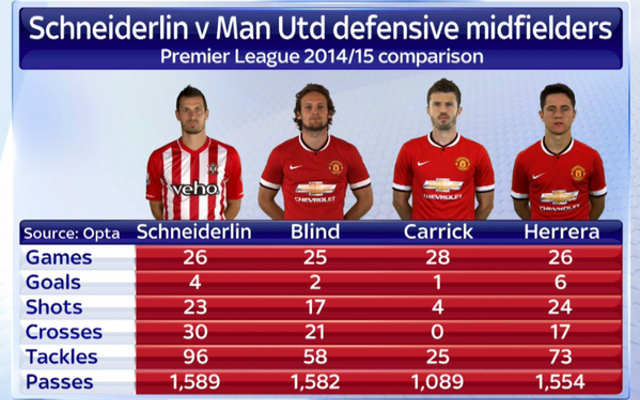 The 25-year-old has also been linked to Arsenal by the Metro, but it now seems that the Red Devils are in the lead for the midfielder. The midfielder could be a better signing for United though, as the Gunners already have a plethora of options in the middle of the park.

How much better the France international is than Louis van Gaal’s current midfield options is shown from these statistics that have emerged.

Not only is he better than the current group defensively, but he is also an improvement on the trio in the final third! 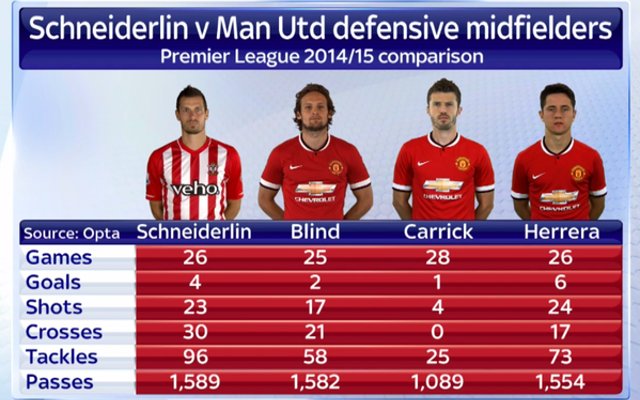 This surely shows why United are after the Saints ace. With an extra competition in the Champions League next season it will be important that they bring in top quality reinforcements to strengthen their squad ahead of the added fixtures. Not only this but heightened expectations in the Premier League mean that van Gaal needs to improve his starting XI as well.

It could be that Arsene Wenger is missing out on the player who is going to improve his rivals enough to help them finish above his side in the next campaign.