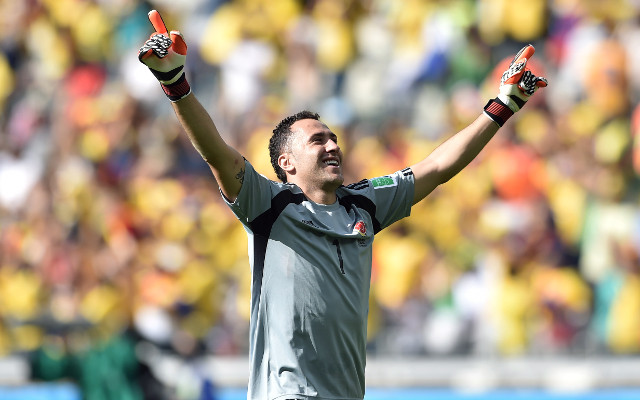 The imminent arrival of Petr Cech at the Emirates Stadium looks like it will leave Ospina as the fall guy and he is set to join Turkish outfit Fenerbahce [via talkSPORT], after just one season in North London.

It seems that Ospina had a something to prove as he was in excellent form for his national side against the Argentinians as he produced a brilliant double save to deny Sergio Aguero and Lionel Messi.

The 26-year-old was unable to repeat the heroics during the penalty shoot-out as Argentina prevailed to progress into the semi-finals, however his double save will live long in the memory and raise questions as to if Wenger is getting rid of the right goalkeeper.

Ospina came into the Gunners side after Wojciech Szczesny was dropped after the New Years Day defeat by Southampton and made 18 appearances in the league, but clearly hasn’t convinced the the French boss that he is the long-term solution in between the sticks.