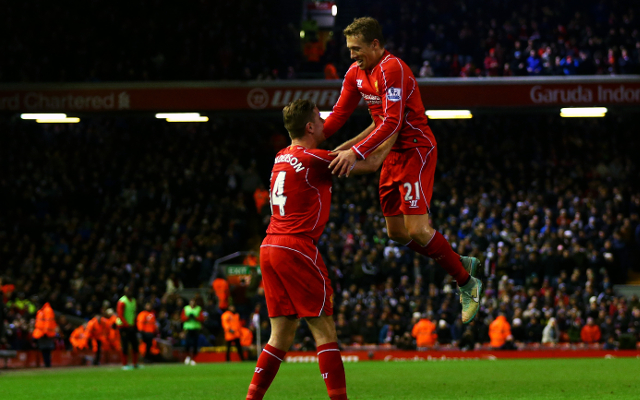 The heated rivalry between Liverpool and Everton is well documented, but Anfield pair Lucas Leiva and Jordan Henderson decided to make light of the tensions between the two clubs.

As part of a hilarious prank, the midfielders posed as staff inside the Liverpool club shop and proceeded to disturb customers, with Lucas insisting to a Toffees supporter that Everton bags were banned from the place.

The Evertonian appeared to be extremely offended by the claim and proceeded to walk out of the shop without making a purchase, not knowing that Lucas was only playing around…

Lucas Leiva tells Everton fans to get out of the megastore ???? pic.twitter.com/ktWviA9N9Q

Both Lucas and Henderson will be hoping to have more to smile about next season as they look to guide the Reds Champions League qualification and a trophy next year.

After finishing the 2014-15 season in sixth place, manager Brendan Rodgers has set about strengthening his squad ahead of the new campaign and has signed no less than five players before the beginning of July.

James Milner, Danny Ings, Adam Bogdan, Joe Gomez and Roberto Firmino are the new arrivals on Merseyside this summer and are sure to provide optimism for Kop supporters.