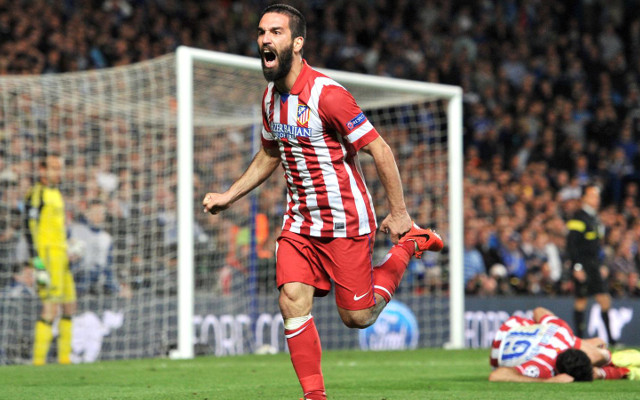 Chelsea and Manchester United have started negotiations with Atletico Madrid’s Arda Turan with the player dreaming of playing in the Premier League.

Spanish newspaper AS reaffirm reports from earlier in the week that Atleti’s No.10 has informed manager Diego Simeone that he wishes to leave the Estadio Vicente Calderon in the summer, and reveal that the playmaker is in discussion with the Blues and the Red Devils over a possible transfer in the coming weeks.

AS do not divulge which English club could be leading the chase for his signature; however, they make it abundantly clear that Turan has made his mind on a move to England’s top flight.

A few days ago, his agent publicised the future of his client, “His intention is to leave Spain this summer,” as quoted by the Daily Mail.

“His will is to leave and to play in the Premier League, that is the path he would like to take to continue his career.”

The 28-year-old moved to Rojiblancos from Galatasaray in an £8.5m deal in 2011 – the highest fee ever paid for a Turkish footballer – and has gone on to become a key player for Simeone’s side, who have earned a glowing reputation over the past few seasons.

Nonetheless, a potential stumbling block in any deal for Turan could be his release-clause of £29m [Express]. Last season, in 28 La Liga starts, Turan scored two goals and registered four assists – quite unimpressive for a No.10 who could cost more than the £27m Chelsea paid for Cesc Fabregas last summer [Telegraph].