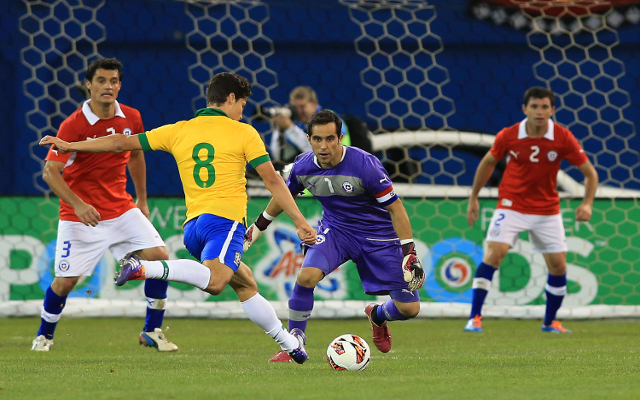 Liverpool are said to be plotting a bid to sign Inter Milan midfielder Hernanes this summer, with Brendan Rodgers eyeing another Brazilian to follow up a deal for Roberto Firmino.

The Reds recently confirmed a deal for the 23-year-old playmaker (via their official site), who impressed with Hoffenheim last season, and Rodgers could now try to bring in his new signing’s fellow countryman with a raid on the San Siro.

According to the Daily Telegraph, Liverpool are considering Hernanes as an alternative to Inter’s Croatian midfield starlet Mateo Kovacic, who would supposedly cost too much at £25m.

Both players look exactly what Liverpool need right now after bidding farewell to club legend and box-to-box midfielder Steven Gerrard this summer, which leaves the Merseyside giants short of that needed quality in an important position.

James Milner has been brought in on a free transfer from Manchester City, as confirmed on BBC Sport at the start of this month, but it is not yet clear if the England international will be used in the centre or mostly be utilised as another option out wide, where he often played for his previous club City as well as for other teams throughout his career.

This means Hernanes could be a good option for Liverpool to try to bring in, with the skillful Brazilian known for his range of passing and in particular for his powerful long range shooting, which made him a real hit at previous club Lazio.

The 30-year-old has not always looked as convincing since moving to the Milan club, and the Telegraph adds that his place may come under threat now that French midfielder Geoffrey Kondogbia has joined the club, adding extra competition in that central midfield spot.