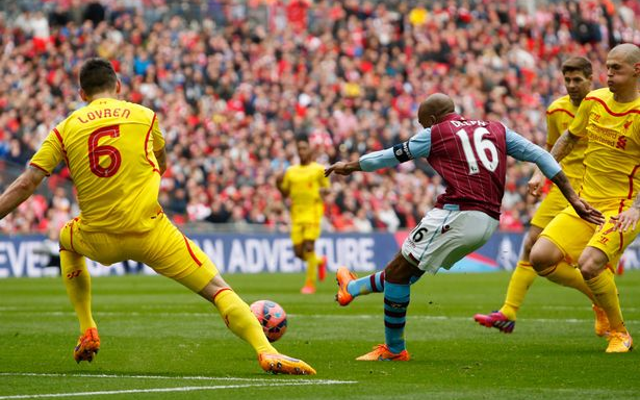 Shock as established star can leave for cheap.

Manchester City are reportedly the main suitors for Aston Villa and England midfielder Fabian Delph this summer as it emerges that he can leave the club for just £8m.

The Daily Telegraph reports that Delph, who signed a new contract at Villa Park in the middle of last season, has a clause in his contract that means he can leave for relatively cheap, with this particular fee only applying to clubs playing in European competition next season.

The Premier League runners-up are arguably in need of strengthening in the middle of the park after unconvincing performances from players like Fernandinho and Fernando last term, with City finishing trophyless after a poor campaign overall.

Manuel Pellegrini is under some pressure to do better next season, and the addition of Delph to his squad could be a major improvement on his current options in that position, especially if the Telegraph’s report that he can move for so cheap is true.

Delph, 25, is already an England regular after his fine performances at club level, and it would be little surprise to see him make the step up for a bigger side, with City in need of adding to their quota of homegrown players for next season.

The Daily Mirror reported back in January that Liverpool were preparing to bid for the player, but it does not seem that the Reds will be renewing their interest in him, perhaps due to already signing James Milner in midfield this summer.