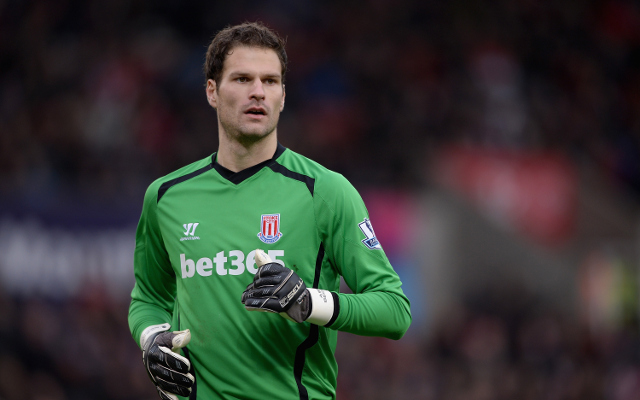 Barclays Premier League champions Chelsea have wasted no time in their attempts to replace Petr Cech and have launched a bid for Stoke City goalkeeper Asmir Begovic, according to Telegraph Sport.

The Blues are on the lookout for a replacement for Cech after his move to the Emirates Stadium was made official on Arsenal’s Twitter account on Monday afternoon.

Jose Mourinho’s first-choice target to fill the void the Cech has left behind appears to be Begovic and the club have made an opening offer thought to be in the region of £6million.

The Potters have already rejected that bid and are understood to be holding out for close to their £8million valuation, however, the Blues plan to return with a second offer within the next 48 hours.

If a fee can be agreed, Begovic will have to decide if a move to Stamford Bridge would be beneficial for his career as he is likely to spend a lot of time as back-up to Blues number one Thibaut Courtois.

The 28-year-old has developed a reputation as one of the best stoppers in the country and has produced consistent performances for the Potters ever since his arrival from Portsmouth in February 2010.