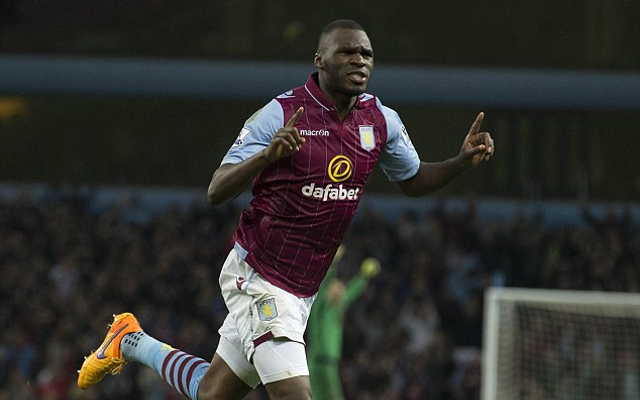 Liverpool are keen to make Aston Villa’s Christian Benteke their latest summer capture, but are unwilling to meet the Midlands outfit’s £32.5 million price-tag according to the Liverpool Echo.

Brendan Rodgers is keen to bring in an effective goal-scorer to Anfield to beef up his misfiring attack, and will hope to negotiate a better deal to land the 24-year-old Belgian international.

A move to bring in Benteke could make the Aston Villa man Liverpool’s seventh summer signing, with the Liverpool Echo claiming that the Merseyside club have already ‘wrapped up’ the signing of Southampton’s Nathaniel Clyne.

Liverpool have moved speedily to bring in summer additions and the lack of a Champions League berth certainly doesn’t seem to have affected the club’s ability to bring in good quality signings.

Moves to bring in a new forward, with Ings already snapped up, make a great deal of sense given the likes of Mario Balotelli, Rickie Lambert and Fabio Borini all failed to impress in 2014/15. This collective failing, along with the injury absences suffered by Daniel Sturridge, led to Liverpool failing to secure a coveted top-four finish.

Benteke is a proven Premier League marksman who experienced a real upturn in form following the arrival of Tim Sherwood at Villa Park mid-way through last season.

The former Racing Genk forward grabbed 23 goals in his debut season at Villa but then experienced a fairly average 18-month spell before bursting back into life with 11 goals in his final 12 appearances last season, helping keep his side in the Premier League as well as aiding their run to the FA Cup final.