Cristiano Ronaldo remains one of the greatest sportsmen on the planet and is a pivotal figure both on and off the field.

The Portuguese superstar has been instrumental in Real Madrid’s success in recent years, but none more so than this season as the 30-year-old scooped up the fourth Golden Shoe award of his career.

The accolade was awarded for finishing as the top goalscorer in Europe for the 2014-15 campaign.

Although he could not lead his club to a major title this season, Ronaldo was successful on a personal level and won the 2014 FIFA Ballon d’Or award for the second consecutive year. It was his third in total.

The striker has been phenomenal throughout the entire campaign and has continued to rival Lionel Messi as the greatest footballer on the planet.

The Portuguese must be admired for his beaming personality on the pitch and his hard work and efforts away from the sport. You can watch the moment that Ronaldo was crowned the Ballon d’Or winner below.

Ronaldo was in sensational form throughout the first half of the season and helped Real Madrid glide through the Champions League group stage with relative ease. The European Cup holders were playing some scintillating football in the opening round of matches, with talisman Ronaldo at the heart of their lethal attack – scoring in five of their six group games.

Meanwhile, the Portugal captain – who holds the record for most international goals for his country – scored in 13 consecutive matches for Real earlier in the year, finding the back of the net 21 times between August 25th and November 1st. 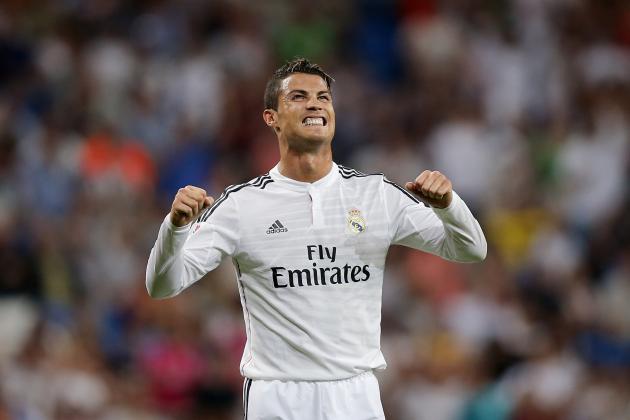 Despite age catching up with him, the forward appears as influential as ever in front of goal and, by the end of the calendar year, Ronaldo had scored a staggering 52 goals in 43 games.

He averaged a goal every 62 minutes in Real’s La Liga matches during 2014, while he also recorded 17 assists throughout the campaign.

The forward may have lost a yard of pace but his tactical nous and astute ability to trick defenders has helped him to continue performing at the highest level.

In fact, his prolonged spell at the top of the game will help to push him harder as he attempts to remain as one of the world’s elite for the next few years. 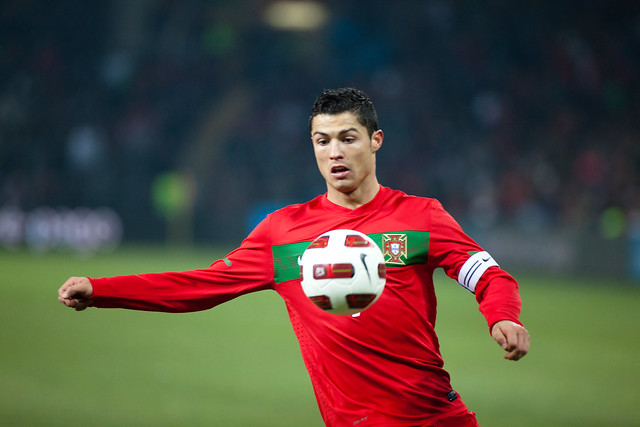 It could be argued that Barcelona striker Messi has helped to push Ronaldo throughout the last 12 months and the rivalry (along with opinions from every corner of the world) has aided the Portugal international to continue striving to improve.

It is clear that the Real Madrid forward enjoys the competitive nature between the two, but both respect each other’s qualities and ability to dominate a football match.

The two players are by far the greatest footballers on the planet and, while some choose to debate over who is the best, supporters should cherish the opportunity to witness their talents before it is too late. Ronaldo’s longevity may allow him to continue playing for the next four years but may struggle to avoid an injury as his career draws to a close.

The tweet below shows Ronaldo’s and Messi’s impact on Europe’s elite competition and shows just how far ahead the two legends are.

However, Ronaldo has also flourished off the field throughout the last year. He has taken on a number of ambassadorial positions throughout various sectors and has been featured on countless television shows.

As a role model, he is one of the most adored footballers on the planet and he sets a faultless example on a daily basis. Unlike other footballers, Ronaldo stays out of trouble and ensures that he maintains the healthy lifestyle that has made him quite possibly the fittest man alive.

Ronaldo tries to enjoy life to the fullest and is often pictured socializing – either on his yacht or playing a round of poker with his close friends. In fact, Ronaldo enjoys playing poker whenever he gets the opportunity and recently became an ambassador for PokerStars.

Aside from this, he has taken up other ambassadorial positions with the likes of Emirates, as well as other organizations across the globe.

Cristiano Ronaldo will forever be a household name in the world of football and rightly so. The Portugal captain will go down in the history books as one of the greatest players to grace the football pitch and his achievements – particularly for Real Madrid and his country – will never be forgotten.

However, his off-field contributions must also be recognized. In the modern era, footballers are given a bad name for their lack of effort in the outside world. Ronaldo defies this and attempts to live a normal life, enjoying time with friends and family, as well as taking on a number of other roles in his spare time. Although he will forever be remembered as a footballer, he should also be recognized as a great guy.