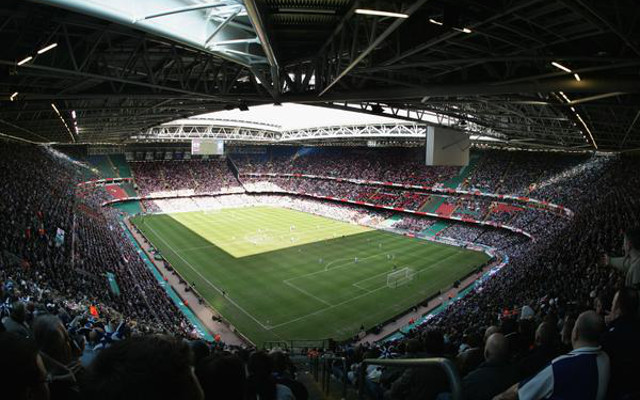 The Millennium Stadium has been confirmed as the venue for the 2017 UEFA Champions League final.

Welsh football is certainly reaching perhaps the most exciting time in its history, and this latest news highlights their growing reputation.

Real Madrid’s Gareth Bale – currently the world’s most expensive player – has increased the popularity of the country significantly, and his stunning performances could fire Wales to next summer’s 2016 European Championship.

Wales’ senior squad are in with a chance of qualifying for the tournament – which would be their first involvement in a major tournament since 1958 – as they sit top of Group B.

Bale said of the Millennium Stadium being named as the host for the 2017 final, “These are exciting times for Welsh football. It feels like the whole country is behind us as we attempt to reach next year’s UEFA EURO 2016 finals in France,” as quoted by Wales Online.

“I know how passionate the Welsh football fans are so it’s great the UEFA Champions League Final is coming to my home city of Cardiff. I loved playing in the UEFA Super Cup last year and it would be fantastic to be involved in front of a packed crowd at such an iconic stadium in 2017.”