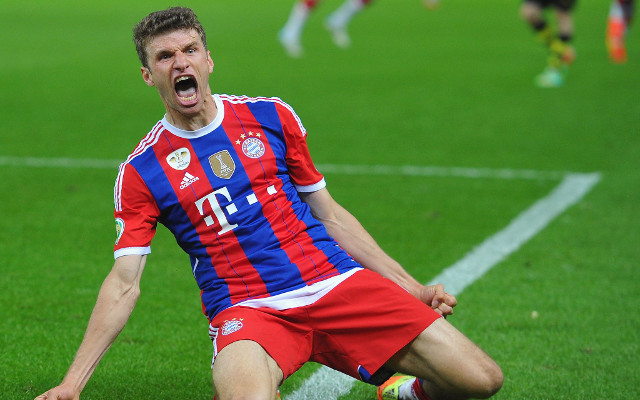 Manchester United are planning another approach for Bayern Munich superstar, having had a bid for the forward rejected last summer.

However, the sports writer has admitted that the Bavarian giants are unlikely to offload one of their key men.

“There is a suggestion in Munich that Ed Woodward will try to meet one of the Bayern officials to see if may there is a possibility,” the journalist began, speaking to talkSPORT, “but I think it is very unlikely that they make that deal right now.

“The figure being banded round is about £120 million,” Konigstein confirmed.

“That includes the wages on a five-year deal, so is maybe not as impressive when you break it down. United haven’t quite given up yet, but there will come a point where they will feel it’s not going to happen.”

The player himself, whose contract at the Allianz Arena, has spoken about the interest from the Red Devils.

In an interview with Bild, Muller admitted that he was flattered to know that such a major club was keen on acquiring his services.

“A request from a big club is an honour,” the 25-year-old began, “and a reward for one’s good performances.”

However, Muller went on to confirm that he was not looking to leave Bayern, regardless of United’s interest.

“I feel good at Bayern,” he continued, “and my contract runs until 2019. There is no more to say about these rumours.”

Van Gaal previous managed Muller during his two years as Bayern boss between 2009 and 2011, and oversaw the player’s progression from fringe player to first-team regular.

Muller himself, in an interview with the Independent earlier this summer, admitted that he had a close bond with the Dutch coach, fuelling rumours that he would soon be on his way to Old Trafford.

Over the subsequent years, the forward has established himself as one of the finest players in his position in the world, winning a host of honours at Bayern.