Over the past week, reports have claimed that the emergence of Francis Coquelin at the Emirates last season has led manager Arsene Wenger to believe that signing a holding midfielder this summer is not a necessity [via the Independent].

Nonetheless, while the 24-year-old is no doubt an exciting prospect in north London, his presence is still some way off competing with the likes of Chelsea’s Nemanja Matic or Manchester City’s Yaya Toure – both of whom have been key players for the sides that have claimed the Premier League title over the past three seasons.

What’s more, with Mikel Arteta heading towards the end of his career and still yet to recover from an injury that saw him sidelined for most of the previous campaign, the Gunners may need reinforcements in midfield.

It remains plain to see that – while Arsenal boast one of the most exciting attack in England’s top flight with Alexis Sanchez, Mesut Ozil, Santi Cazorla and Aaron Ramsey a major threat in and around the opposition’s box – their defence against the English and European heavyweights remains a significant concern.

As such, we’ve taken a look at six midfielders Wenger should be considering ahead of the 2015-16 campaign.

The former Newcastle midfielder could be returning to the Premier League this summer following a rather miserable season and a half at the Parc des Princes – in which his playing time has been significantly limited, making just 21 Ligue 1 starts.

Nonetheless, the Frenchman established himself as one of the finest midfielders in England during his three years at St James’ Park, and he surely deserves to playing at a club with higher quality than heavily linked Crystal Palace – no offence Eagles fans.

At 29-years-old, Cabaye would certainly not be a long-term prospect, but with established Premier League experience and carrying a rumoured price-tag of £10m, as Mikel Arteta did when he moved to the Emirates in 2011, Cabaye could prove a valuable asset in the dressing-room as well on the pitch. 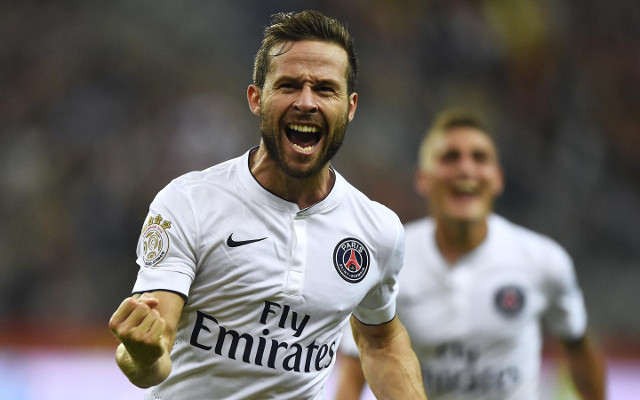