Stength in depth – both these teams could win the title!

Chelsea are planning some exciting moves in this summer’s transfer window, and here’s a look at two potential lineups manager Jose Mourinho could realistically field next season if he lands all the players he wants, giving him two top class options in almost every position… 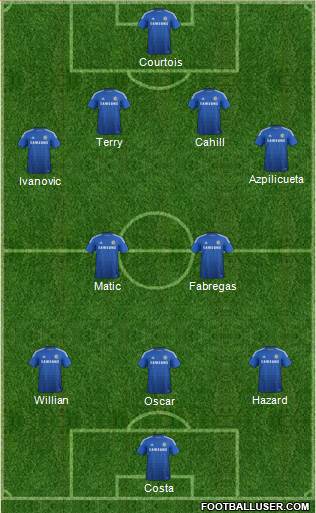 First up is the team we largely saw from Chelsea in 2014/15. This title-winning side is one of the best XIs in Europe on paper, and should remain the first choice lineup for the Blues next term, barring any particularly huge signings to replace the big names already making up this team.

One player whose future is in doubt is Oscar, who has been linked with Juventus, but surely Mourinho will do all he can to keep the classy young Brazilian at Stamford Bridge.