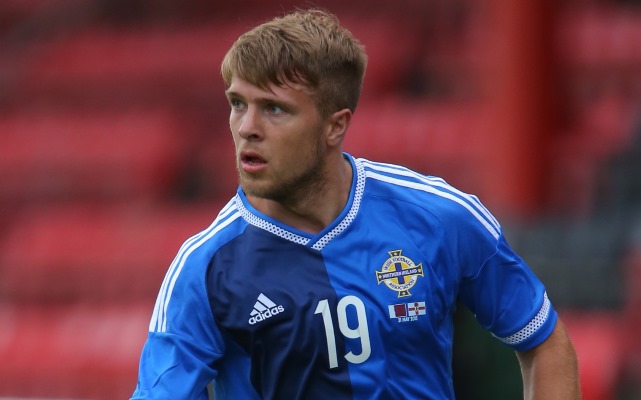 According to the BBC, the 29-year-old Northern Ireland international has agreed a four-year deal with the Tricky Trees.

Ward has been signed on a free transfer, having featured 29 times for Steve McClaren’s Rams next season. He impressed for the East Midlands outfit—scoring six goals and contributing two assists in 21 league starts—but wasn’t offered a new deal at the end of the season.

McClaren has departed, moving to Newcastle United, and Paul Clement didn’t deem the forward worthy of keeping on board at Pride Park.

Ward, who can play as a centre forward or on either flank, began his career at Aston Villa, but moved to Torquay United following a loan deal with Stockport County, having failed to make the breakthrough at Villa Park.

He has steadily climbed his way back up the football league pyramid—via the likes of Chesterfield and Sheffield United—and may now feel that a move to join Dougie Freedman’s Forest represents his best chance of securing promotion to the Premier League.

Ward will compete with the likes of Britt Assombalonga, Matty Fryatt and Jamie Paterson for a starting berth at the City Ground.