Manchester United are looking into signing three big names from Bayern Munich this summer, with Bastian Schweinsteiger among them if recent reports are anything to by.

The Red Devils need more quality and depth to their squad if they are to challenge for the title next season, with Louis van Gaal keen to continue the rebuilding process started last summer with a raft of new signings all over the pitch.

This spine of players helped Bayern to the treble in 2013, and are all amongst the best in the world in their positions, though they could cost as much as £82m combined… 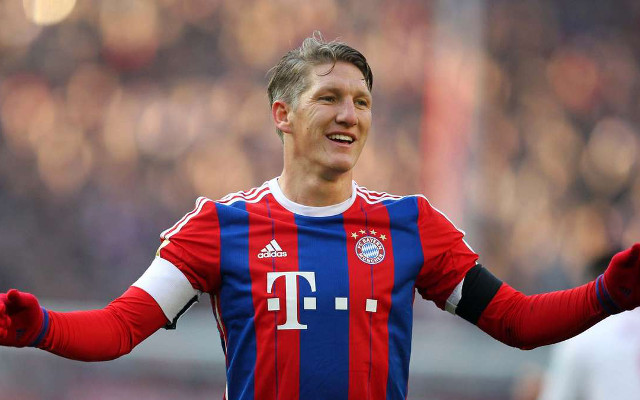 In a deal worth around £12m, United have been strongly linked with German midfielder Bastian Schweinsteiger, who is no longer guaranteed a starting spot in Pep Guardiola’s side, despite being one of the best central midfielders in the world for many years.