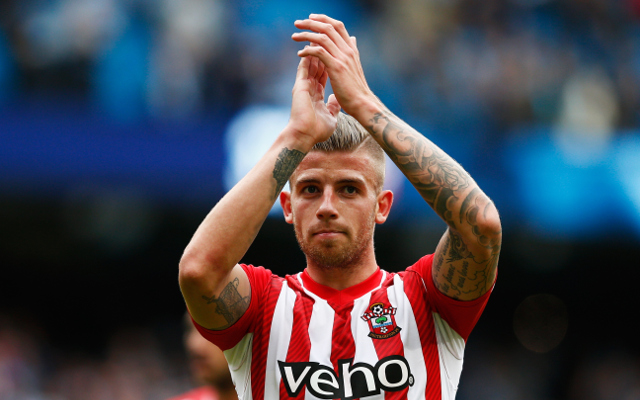 Tottenham Hotspur are understood to be closing in on a deal to sign defender Toby Alderweireld and are to hold talks with Atletico Madrid.

Sky Sports News have confirmed that Spurs are set to intensify their interest in the Belgian international, and will open discussions with the Spanish heavyweights over a potential deal.

The International Business Times reported earlier on Thursday that the Lillyweights were nearing a move for the defender, noting that Spurs were ‘reportedly confident’ that they would beat the international’s other suitors to his signature.

Alderweireld is set to be one of the most sought-after defensive talents of the summer transfer window.

The 26-year-old spent last season on loan at Southampton, and impressed over his maiden campaign in the Premier League.

His accomplished performances are understood to have piqued the interest of Chelsea, with the IB Times reporting that Chelsea have also identified the versatile stopper as a possible summer addition.

However, the Standard believe that despite Jose Mourinho’s lingering interest in the player, the former Ajax defender is keen on a switch to White Hart Lane.

It is understood that the player would be keen to play alongside his international teammates—Nacer Chadli, Jan Vertonghen and Moussa Dembele—at club level.

Tottenham appear to be in desperate need for defensive reinforcements this summer, and have already signed Kieran Tripper of Burnley and FC Koln’s Kevin Wimmer [The Guardian].

If the North London heavyweights are to contest the Champions League places, they will surely need further additions at the back—Alderweireld, who has also proved he can thrive in the Premier League, may prove to be a valuable signing.