Chelsea captain John Terry is showing no signs of slowing down as the Independent reported this week that the 34-year-old was already back in training ahead of the new season.

The former England defender played every single minute of Chelsea’s Premier League title-winning campaign last season, but it remains to be seen how much longer he can perform every week at that outstanding level.

It seems that Jose Mourinho could already be preparing to replace Terry in the near future, with various recent reports liking the champions with moves for defenders, some of them young and looking like long-term investments for the club.

If speculation is anything to go by, these four centre-backs seem to be the players Chelsea have in mind for coming in and eventually replacing the legendary Terry at Stamford Bridge: 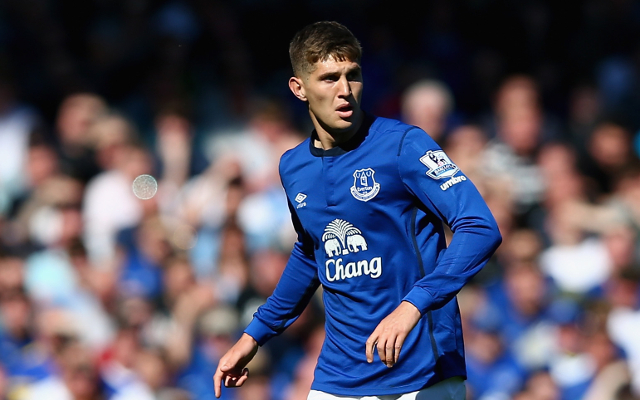 A superb prospect who has impressed in his two seasons in the Everton first-team, John Stones will inevitably draw comparisons with Terry due to being another English defender to catch the eye at a young age. Still only 21, the youngster already looks cut out for playing for a big club, and the London Evening Standard reported this week that Chelsea could be readying a bid for the player.