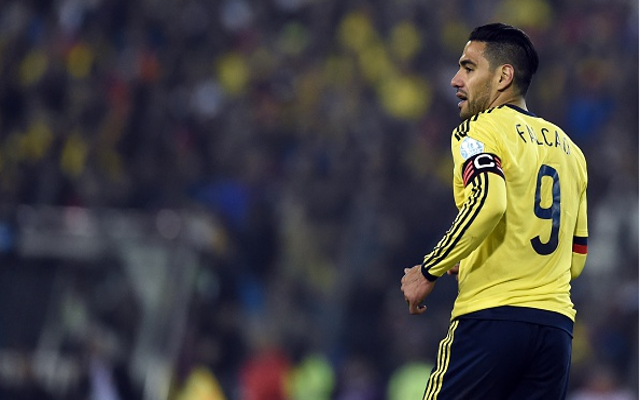 Chelsea have officially announced the season-long loan signing of AS Monaco and former Manchester United striker Radamel Falcao, as confirmed on their Twitter page and official site.

The Colombian international looks a risky signing after only four goals for United last season, with Louis van Gaal often favouring other players up front over the out-of-form South American.

However, it seems that Chelsea manager Jose Mourinho is keen to have Falcao as an option for his side next season, with a gap for a backup striker clearly needing to be filled after Didier Drogba’s exit at the end of his contract.

.@ChelseaFC is delighted to announce we have agreed terms with Monaco for the season-long loan of @FALCAO… #CFC pic.twitter.com/wnZcjFGvtw

The 29-year-old front-man has previously shone as one of the best attacking players in the world, showing particularly prolific form during his time with Atletico Madrid, where he came up against Mourinho’s Real Madrid side.

The Portuguese coach will arguably know enough about the player to judge if he can still cut it at this level, though there could be legitimate concerns that he underperformed once again at this summer’s Copa America tournament, failing to score for Colombia in Chile.

Unlikely to be first choice, Falcao should at least prove capable cover for Diego Costa, who starred for the Premier League champions last season despite missing large chunks of the campaign through injury, with the likes of Drogba and Loic Remy needinf to fill in.

Falcao to Chelsea: Five reasons Manchester United flop could be a good signing for the Blues