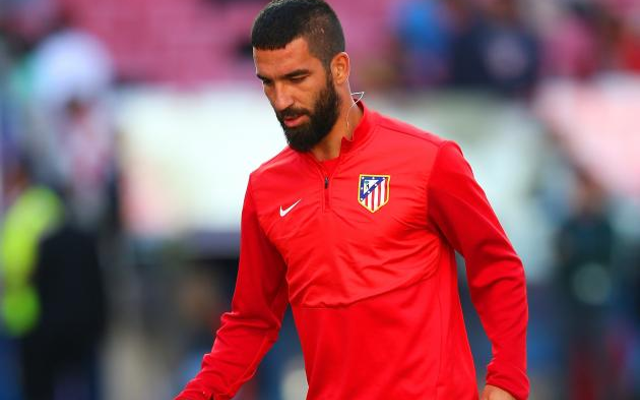 Manchester United have made a bid for Atletico Madrid midfielder Arda Turan, although the Turkey international is understood to prefer a move to Chelsea.

According to the Mirror, United have made a formal approach for Turan, with Louis van Gaal apparently having decided that the 28-year-old represents an ideal summer recruit.

However, while the Red Devils appear to have made the first move as they look to bring the Turkish star to Old Trafford, they are likely to face significant competition for his services.

Chelsea have also been linked to the midfielder [The Guardian], although as yet, Jose Mourinho has not approached Atleti to sign the versatile international.

Both Premier League giants may be buoyed by the news that the player is thought to prefer a move to England, although Barcelona have been linked to the experienced star [ESPN].

However, Spanish radio station Cadena SER [as per the Mirror] have noted that Barca have dropped their interest in the player—at least until after the presidential elections on July 18.

The Mirror also note that PSG have dropped their interest in the player, who has claimed that he is not keen on a switch to France.

While United appear in pole position to acquire the midfielder, the English tabloid report that Turan would prefer a move to Chelsea—and a reunion with Diego Costa and Filipe Luis—which may ultimately mean that the Red Devils miss out on their man.