Arsenal are looking set to bid farewell to two members of their first-team squad in the coming weeks, with the Gunners also planning to bring in their replacements.

Having won the FA Cup last season, Arsenal are not far off building a title-winning side, but manager Arsene Wenger still needs to fine-tune his squad with these changes in personnel: 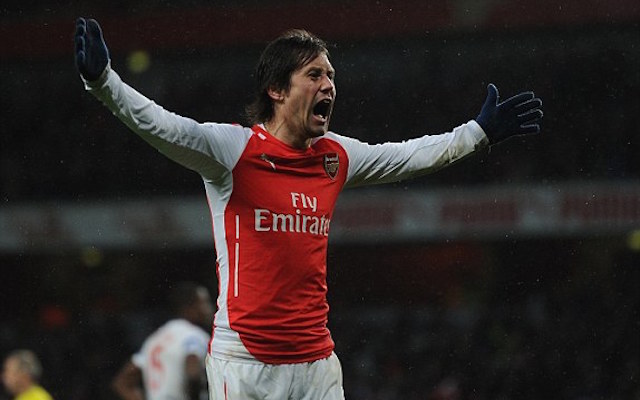 Linked with a return to his old club Sparta Prague, Tomas Rosicky could be leaving Arsenal this summer to make way for younger blood, with the Czech Republic veteran no longer a regular in Wenger’s starting lineup.